Six Months To Live: The True Story Of Evy McDonald 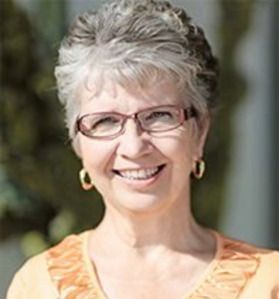 Today you are You, that is truer than true.
There is no one alive who is Youer than You.
- Dr. Seuss

There’s a part of every thing that wants to become itself; the tadpole into the frog, the chrysalis into the butterfly, a damaged human being into a whole one. That is spirituality.
- Ellen Bass

In 1990 I lived in the Cayman Islands for a year, working as an entertainer at a posh resort. Despite the exotic, laid back lifestyle, after a few months I started experiencing a severe mental and emotional imbalance. The most prominent symptom was a pervasive feeling of despair. I began searching for help, and one night I listened to an audio book by Bernie Siegel called Peace, Love, and Healing. In it, Bernie recounted the story of a woman named Evy McDonald, and it had a profound impact on me.

In 1980, Evy was diagnosed with A.L.S., "Lou Gehrig's Disease." By the time the doctors had figured out what the problem was, the disease was quite advanced. In Evy's words, she was "a bowl of jello in a wheelchair." The doctor came into her hospital room and gave her the news that the best she could hope for would be about six months. Evy had a master's degree in nursing and knew this was a fatal illness.

She went home and raged about her situation for a couple of days. Then Evy had a thought: even though she was dying, even though her body just barely worked anymore, and even though she only had six months left to live, was there something she could do to make the most out of her last six months? Maybe, somehow, even make them a good six months?

So she came up with a plan. Evy sat in front of a mirror naked and looked at herself. She'd had polio as a child, so she had two withered limbs. In addition, she'd been overweight her whole life. And now, she was dying of a wasting disease. Evy sat there and experienced all the frustration and hateful feelings she was having about her body and her life. She wrote them all down in a list. It was a long list.

Then Evy did three things. First, she started a new list of things she liked about herself. She began with her hair and her hands, because she'd always been proud of them. But this new list of good qualities did not come as quickly as the other list. She decided to sit in front of the mirror without any clothes on every day, three times a day, to work on this new list. She would set a little timer for 20 minutes to make herself stay there, because it was hard. All these negative thoughts and feelings were intense, and at times overwhelming. But before she would leave, she would find at least one new thing to like about her body or her life that she could add to the good list.

The second thing she did was to accept the negative feelings as her own. She took responsibility for them. She owned them. Then she did something else, a little practice she developed. She would say, "God, these are my feelings and thoughts. I accept them as mine. But I don't know what to do with them. You take them." So every day she would accept her feelings as her own, and then give them away to God.

Over time, Evy's list of positive qualities grew longer, and eventually it became as long as the old list. Still, she kept practicing. Her new list grew longer.

Then one day, she literally crossed a threshold. She wheeled into the mirror room and for the first time, all the negative thoughts and feelings had disappeared. They simply weren't there anymore. All she could feel for herself that day was love and compassion. Not only for her body, which she now saw as a miracle of creation and a vehicle that still served her, but also for the person, the soul that she was inside. She was able to see herself as a being who could experience these wonderful feelings and thoughts, and as a person who had done much good in the world.

At some point, she began to have more strength in her limbs. Eventually she started to walk again, feed herself, clothe herself, and do everything normally. Evy became the first person to completely recover from A.L.S. When that happened, she realized she must have more work to do in the world.

After listening to her story, I realized that the only times I felt any relief from my mental and emotional distress were when I was having a genuine, loving connection with another person. And if we laughed a bit, it was even better. I decided to write a song about Evy, which I did, and to do everything I could to make my life about love and laughter.

A few months later, I was back in Kansas City recovering from a ruptured spleen. I was still in mental and emotional hell, and had had been referred to a doctor for counseling, an old acquaintance named Bowen White. I had a couple of sessions with Bowen and he helped me a lot. In addition, Bowen is the kind of doctor who becomes your friend as well as your doctor, and his friendship was of great comfort to me.

One night, another friend called to tell me Bowen was giving a talk for the local cancer support group, and asked if I wanted to go hear him speak. I had no idea Bowen ever gave talks, so I said sure. I was intrigued.

It's hard to describe what happened that night. Bowen was one of the best speakers I'd ever heard. He had great rapport, a tremendous sense of humor, and fantastic material. Strangely, as I listened to him I kept noticing places in his talk where songs of mine would fit perfectly, like they were written for it.

To my astonishment, near the end of his talk, Bowen told the story of Evy McDonald and how she had healed herself through love and forgiveness. I was stunned.

The next day I called Bowen and told him I had some songs I thought he needed to hear. We got together, I played him the songs I felt illustrated his talk, including Evy's song, and he was as amazed as I’d been. We soon started teaming up to inflict ourselves on unsuspecting groups, something we continue to do when our schedules permit.

But this wasn't all. It turned out Bowen knew Evy personally, and through him I was able to contact her. I sent her the song I had written about her, and she wrote back a lovely note telling me how she and all her friends had cried when they heard it.

Some months later I was traveling in her vicinity and got to spend a day with her. I experienced firsthand what a great soul she is.

Evy made a couple of points clear to me during our visit. She emphasized that this "miracle" she experienced was not the miracle she was going for. She'd had a fatal illness. She'd expected to die. All she was trying to do was find some love and compassion for herself before that happened. If she could just get to a place where she accepted and loved herself unconditionally before she died, then that would be enough for this lifetime.

Secondly, her whole life had been about service. She was a nurse, as I mentioned, and before that she'd been a candy striper who broke the record for hours volunteered in her local hospital. But when she got sick, she realized all her service had been what she called either Type I or Type II service. That is, service done either for reward and recognition, or service done out of a sense of duty. Evy wondered if there could be a third type: service done purely from love. And she decided that from this point on all her service would be about love. Even if she was sick.

As of this writing, in 2015, Evy has been totally recovered from Lou Gehrig's disease for 34 years. She has returned to school and changed careers to become a minister. She has her own congregation and loves her work. She's discovered that service done purely from love is as beneficial for the giver as the receiver. She gets filled up on the outflow.

As for me, my despair lifted and hasn't come back for 23 years.

This post is reprinted from my book, Atilla The Gate Agent, Travel Tales and Life Lessons from a Musical Lafologist.

You can listen to my song about Evy, read the lyrics, and download the song here.

You can learn about Bowen White here.

NOTE: You do NOT have to login or register to leave a comment. Feel free to share your thoughts. 😬